Following the sudden death of their last surviving parent – their Dad, two brothers and two sisters return to the family home after many years to face each other, face facts, and face the future. But what do they know of the past? 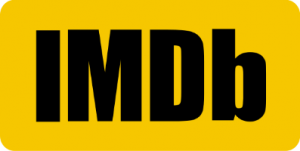 Death (known as “After Death” in North America) was filmed in 2011 and released in 2012. It is a ghost story (with a “Sixth Sense” twist at the end) featuring a stellar cast including: Paul Freeman (Raiders of the Lost Ark), Linal Haft (Moulin Rouge), Nick Moran (Lock Stock and two Smoking Barrels), Leslie Philips (over 100 films), Sarah Jayne Dunn (Hollyoaks), Brooke Burfitt (Sherlock Holmes), and Ian Livingstone (co-founder of Games Workshop).

Music by Queen’s drummer, Roger Taylor, and Claudia Brucken of Propaganda, and OMD’s Paul Humphries. It was edited at Pinewood Studios by Peter Davis (editor of four James Bond films). The film premiered at BAFTA London. It was released in the UK, USA, Australia, and India on DVD and is available on iTunes, Amazon Prime, Playstation, and other VOD platforms.